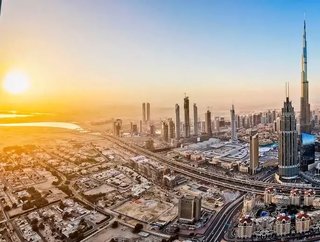 The Dubai-based property developer, Nakheel, has revealed it will be showcasing AED58bn (US15bn) worth of real estate projects in the UK. The firm will...

The Dubai-based property developer, Nakheel, has revealed it will be showcasing AED58bn (US15bn) worth of real estate projects in the UK.

The firm will showcase its projects at the Dubai property Show at the London Olympia in the west of the capital city.

Nakheel, which is the platinum sponsor and largest developer at the event, will display its living and leisure offerings.

“The Dubai Property Show is a golden opportunity to showcase our projects to an audience that is already our third largest group of investors outside the Middle East,” stated Aqil Kazim, Chief Commercial Officer at Nakheel.

“We are proud to be back as Platinum Sponsor to represent Dubai and all it has to offer. The city’s world-famous projects and enviable lifestyle are already well-known among UK citizens, with many calling it their second home, but we are boosting British investment and strengthening Dubai’s relationship with this part of the world even more through this show and other initiatives.

“Dubai is a magnet for expatriates to live and work in the emirate. These people need accommodation, creating a huge demand for rental properties, which offer impressive investment returns of six per cent and over.”

More than 29,000 citizens in Britain have invested a total of AED88bn ($24bn) in property in the UAE city, according to the Dubai Land Department.