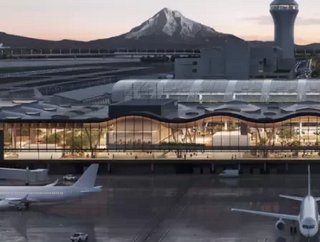 A Skanska Hoffman Construction Company joint venture has signed a contract amendment with the Port of Portland for improvements to the Portland International Airport in Portland, Oregon, USA.

Skanska's share of the contract amendment is worth US$84M, which will be included in the US order bookings for the second quarter.

The amendment includes work on the Terminal Core Expansion project, comprising structural, mechanical and electrical work and enclosure. Construction is underway and scheduled for completion by 2025.

With annual travelers expected to climb to 33 million by 2045, the Terminal Core Redevelopment project is a vital expansion that ensures PDX will be able to serve the community well into the future.

The renovated passenger entry terminal will double the size of the current ticketing and lobby area when it opens in 2025. It is also replacing 16 old passenger boarding bridges plus equipment throughout the PDX concourses. Gate count is critical for PDX operation, so the team must coordinate with each airline to replace one bridge at a time. In addition, Hoffman is rebuilding and enlarging Concourse B. The project is targeting LEED Gold.

Skanska USA recorded sales of SEK66 billion in 2020 and has about 7,600 employees in its operations.

In other recent developments: