Struggling to find work in the construction sector? 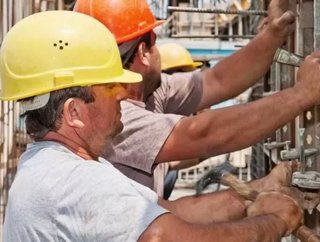 New research conducted by a leading business insurance website has revealed the areas within the UK where particular construction workers are struggling...

After it was recently revealed that the UK construction sector rebounded in May from a near two-year low in April, researchers at a leading business insurance website decided to look into how construction workers around different regions of the UK are finding the search for work.

The team at www.constructaquote.com polled a total of 3,948 UK based construction workers across a range of industry sectors for the purposes of the study. Each participant was aged 18 and over and described themselves as a primarily freelance worker. There was an equal split of participants across the regions of the UK.

When initially asked if they had noticed a difference in the amount of work they were securing over the past twelve months, the majority (59%) admitted it had been roughly the same, with 22% claiming they had more work and 19% noticing they’d had less work.

All participants were then asked if they were ‘struggling to find reliable and regular work’, to which a quarter (26%) said they were. When divided according to the regions, in order to establish the hardest areas of the UK to work it, the following split was revealed:

Of those who said they were struggling to find work, the most commonly affected trades emerged as electricians (16%), bricklayers (11%) and builders (8%).

When relevant participants were asked to reveal the main reasons behind it being so difficult, the most commonly given responses were:

Lyndon Wood, CEO and creator of constructaquote.com, made the following comments regarding the findings of the study:“Sometimes it is all too easy to describe one industry using the umbrella term of the UK. The truth is, whilst construction might be booming in one region of the country, it could be struggling in another part. This is evident from our findings when comparing the regional results in the North-East to the South-West.”

He continued: “In terms of the reasons behind why construction workers think they are struggling to find work in their local areas, I would suggest this could be a lack of self-promotion and ‘selling your service’ is partly to blame. It’s 2015 and you cannot expect customers to come to you; you need to actively advertise your services on the likes of social media and through a well-designed and efficient website.”