The Harbor Bridge project is underway 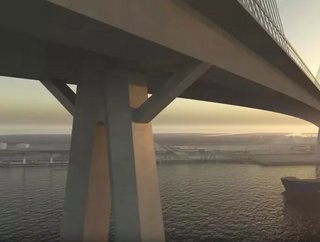 Taking five years to complete and costing $802.9 million, the new US 181 Harbor Bridge will span 1661ft and 538ft in height, becoming the largest bridge...

Taking five years to complete and costing $802.9 million, the new US 181 Harbor Bridge will span 1661ft and 538ft in height, becoming the largest bridge of its kind in the US. Set to last for over 150 years and governed by the Texas Department of Transportation (TxDOT), the bridge will incorporate six lanes (three in each direction) and encompass cycle and pedestrian access. The project also encompasses the reconstruction of the I-37 interchange.

Set to be constructed to improve the safety of public transportation, it has been reported that the current bridge (previously built in the 1950s) no longer meets the standards of a growing population within the US and subsequent volume of traffic both on foot and on the road. The new cable-stay bridge will be constructed out of concrete and will be supported by concrete columns, and embed twin precast concrete box girders and LED lighting, creating a sophisticated, modern design.

The demolition of the old harbor bridge has been set for 2020, once the new bridge is complete.

Furthermore, the design of the new bridge has also factored in the increased number of ships, which will prove advantageous in promoting economic growth and movement of goods. Flatiron and Dragados are constructing the bridge in a joint venture, the second project the duo have worked on together. The duo was also responsible for delivering the California High Speed Rail Authority bullet train which connects the whole of California and enables commuters to travel to both sides of the state in less than four hours.