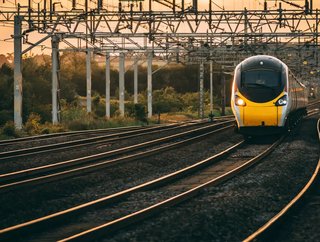 The UK Government has published an Integrated Rail Plan (IRP) which it claims marks the biggest investment in public railways but the mix of new, dropped and renewed projects has sparked fierce debate over its 'levelling up' agenda.

The new plans, comprising 110 miles of new-build high-speed lines and upgraded conventional lines, were drawn up after it became clear that the full HS2 and NPR schemes as originally proposed would have cost up to £185 billion and not entered service until the early to mid-2040s. Details are as follows:

Despite news of the cancellation of the eastern leg, Balfour Beatty VINCI (BBV), HS2’s construction partner for the West Midlands, recently announced it has "hundreds of new jobs" to fill across its supply chain, as part of its "10-year construction programme ahead of us" (click here).

The government claims to most destinations on the HS2 and NPR core routes, both from London and across the Pennines, journey times will be the same as, similar to or faster than the previous proposals – with improvements being delivered for communities across the Midlands and North up to a decade sooner and to more places.

For NPR, the government has gone with the first of the options put forward by Transport for the North (TfN) in 2019, a mixture of new build high-speed and upgraded conventional line.

"TfN’s options for full newbuild high-speed line were carefully studied but would have made journeys between Leeds and Manchester only 4 minutes faster at a cost of an extra £18 billion, and taken up to a decade longer to deliver," it said.

Transport Secretary Grant Shapps said just as the Victorians gave this country our railways nearly 200 years ago, this Integrated Rail Plan will create a modern, expanded railway fit for today and future generations. "Significant improvements will be delivered rapidly, bringing communities closer together, creating jobs and making places more attractive to business, and in doing so, rebalancing opportunity across the country," he said.

Bu speaking on Sky News, Lord Adonis said the decision amounted to a "betrayal" for the eastern part of the UK and marked a new "east-west" divide.

Lord Berkeley, Former Deputy Chair, HS2 Review Commission, said the plans did not appear "integrated" and the focus should be on providing reliable and frequent local regional services in the north. "My ambition is to have a series of commuter networks, as good as they are in London, and they have a long way to go on that."

Paul Robinson, UK Rail Lead at Gleeds, said he was disappointed, although not entirely surprised, to see that the scheme has been drastically watered down.

"The NPR represented a real opportunity to support the delivery of the levelling-up agenda by connecting the major economic centres of the North. It promised to reinvigorate under-served communities, generating opportunity, attracting investment, creating jobs and ultimately, allowing this part of the country to realise its vast potential – if done right."