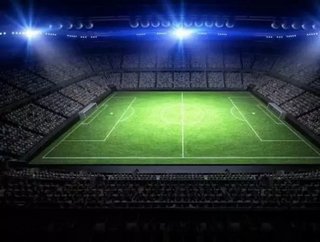 Set to be built for British football club Forest Green Rovers, Zaha Hadid Architects (ZHA) are set to construct the world’s greenest stadium, made entirely from wood to ensure it incorporates the lowest carbon emissions of any stadium worldwide, with the aim to become carbon neutral.

Forest Green Rovers Chairman Dale Vince said, “The carbon impact of all stadia comes from the building material used to build it over its entire lifetime and wood is the lowest carbon content material that we can use so it's a very big deal that this is all wood.”

Constructed from sustainably-sourced timber and incorporating 5,000 seats, the three-year project will encompass a number of sustainable features, and will be at the centre of the new $124 million development Eco Park, a nature reserve which will encompass several sporting facilities, green technological builds and newly formed transport links.

Spectators will have uninhibited views as a result of the stadium’s unique design, at which the Director of ZHA said, “With the team’s community and supporters at its core, fans will be as close as five meters from the pitch and every seat has been calculated to provide unrestricted sightlines to the entire field of play. The stadium’s continuous spectator bowl surrounding the pitch will maximize match-day atmosphere.”

ZHA won the international competition, beating 50 other entries worldwide. The stadium will be constructed in order to generate its own energy, with the aim to become carbon-negative once completed.

A planning application will be submitted to Stroud District Council, with the aim to undertake construction work in the new year.