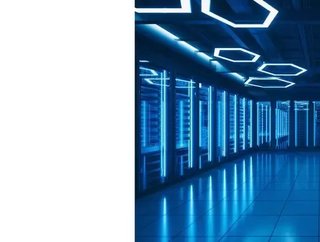 Increased demand for data centres globally is being driven by the growth in cloud networks...

The global market for data centre construction is estimated to be worth £15 billion in the year 2020, and projected to reach a revised size of £24 billion by the year 2027, growing at a CAGR of 6.9 percent, according to ResearchAndMarkets.com research.

Other noteworthy markets are Japan and Canada, each forecasted to grow at 6.6 percent and 5.4 percent respectively over the same time period. Within Europe, Germany is expected to grow at approximately 5.4 percent CAGR.

According to a forecast by Gartner, the end-user spending on data centre infrastructure is project to reach £155 billion in 2021, a six percent increase on 2020. The company says that the data centre market is still expected to grow year-over-year through 2024, despite a 10.3 percent decline in data centre spending in 2020 due to restricted cash flow during the pandemic.

“The priority for most companies in 2020 is keeping the lights on, so data centre growth is generally being pushed back until the market enters the recovery period,” says Naveen Mishra, senior research director at Gartner. “Gartner expects larger enterprise data centres sites to hit pause temporarily and then resume expansion plans later this year or early next. However, hyperscalers will continue with their global expansion plans due to continued investments in public cloud,” he adds.

Gartner adds that the impact of COVID-19 is set to prevent more than 60 percent of planned new facilities moving to the construction phase this year, which is why data centre infrastructure revenue is set to decline by 10.3 percent in 2020. However, end-user spending is expected to grow in the single digits starting from 2021.

“Much of the reduced demand in 2020 is expected to return in 2021 when staff can physically be onsite,” Mishra says. “For now, all data centre infrastructure segments will be subject to cost containment measures and enterprise buyers are expected to extend life cycles of installed equipment.”

The increased demand for cloud networking is a major driver for the data centre infrastructure market, he adds. Mishra also points out that the market is growing rapidly because of an increase in demand for servers, computers, networking equipment like routers, or switches, security components like a firewall or biometric security sensor, storage capacity, and data centre management software and applications.

In the global government and defence segment, USA, Canada, Japan, China, and Europe will drive the estimated 6.4 percent CAGR, the ResearchAndMarkets.com report adds. It points out that these regional markets account for a combined market size of £1.39 billion in 2020, but that they will reach a project size of £2.17 billion by the close of the analysis period (2020 to 2027).

“China will remain among the fastest growing in this cluster of regional markets. Led by countries such as Australia, India, and South Korea, the market in Asia-Pacific is forecast to reach £2.71 billion by the year 2027,” it concludes.