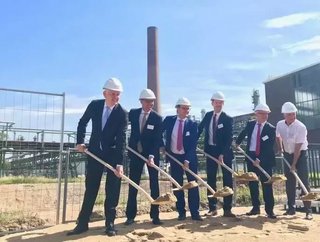 ITM Power, the energy storage and clean fuel company, is pleased to note the announcement by the REFHYNE consortium of the commencement of construction...

ITM Power, the energy storage and clean fuel company, is pleased to note the announcement by the REFHYNE consortium of the commencement of construction of the 10MW hydrogen electrolysis plant at the Shell Rheinland refinery in Wesseling, Germany, that will help contribute to a cleaner, lower-carbon energy future.

Construction of the new plant, which features advanced polymer electrolyte membrane (PEM) technology, is expected to be completed in the second half of 2020. The plant will produce up to 1,300 tons of hydrogen per year when operating at peak rates.

Hydrogen will be produced using electricity instead of natural gas. Producing hydrogen with electricity generated from renewable power sources could help significantly reduce CO2 emissions from the Shell Rheinland refinery.

“Oil products will continue to play an important role in the decades ahead, and this project means we will be able to make more and cleaner fuels, bitumen and base chemicals.” explained Frans Dumoulin, Director of the Shell Rheinland Refinery. “At the same time, we want to contribute to accelerating the use of hydrogen in transport and other sectors.”

“Renewable energy is becoming increasingly important for Shell”, said Dr Thomas Zengerly, Chairman of the Management Board of Shell Deutschland Oil. “Royal Dutch Shell has set up its own business unit specifically for this purpose: New Energies.”

On behalf of the state government of Northrhine-Westfalia, Christoph Dammermann, State Secretary in the Ministry of Economic Affairs, Innovation, Digitisation and Energy, NRW, welcomed the construction of the plant: “Hydrogen has great potential for a climate-neutral energy system of the future. Produced from renewable electricity, it can serve as an important energy carrier and long-term storage in the transport, heating and industrial sectors and thus become a key element for the energy and traffic transition.”

Bart Biebuyck, Executive Director, EU Fuel Cells and Hydrogen Joint Undertaking, said: “FCH-JU funded projects like REFHYNE give the opportunity to European electrolyser industry to build equipment that meets the strict standards of the European refining industry. They will help reducing the CO2 footprint of large industrial processes through the production of green hydrogen.”

Simon Bourne, Chief Technical Officer of ITM Power, said: “This ground breaking of the world’s largest PEM electrolyser is an important moment for ITM Power and our partners. Working with Shell has been a real privilege for us and the process has transformed our market offering as a result. Large scale electrolysis is now seen as an important element in the decarbonization of key industrial processes and the REFHYNE project lays the first building block to 100MW industrial plants and beyond.”