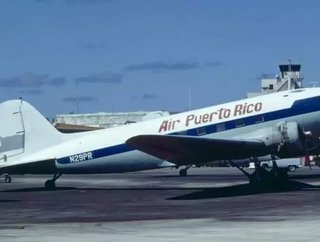 Atkins will play a major role in developing Puerto Ricos airport infrastructure over the next five years following the award of a contract to serve as a...

Atkins will play a major role in developing Puerto Rico’s airport infrastructure over the next five years following the award of a contract to serve as an engineering advisor to the island’s port authority.

The award of a general engineering consultant contract by the Puerto Rico Ports Authority (PRPA) will see Atkins serve as an architectural, engineering and planning advisor for PRPA airport grant projects throughout the Commonwealth of Puerto Rico.

L Joe Boyer, Atkins’ CEO for North America, said: “We have a long-term professional relationship with the PRPA, having designed and planned projects at nine out of the 10 PRPA-owned airports in Puerto Rico over the last 16 years. The award of this new contract will further strengthen our relationship with the PRPA and enable us to bring a world-class team of experts to its grant projects.”

The PRPA is the governmental agency that develops, operates and oversees all seaports and airports in Puerto Rico. The PRPA first selected Atkins’ Puerto Rico-based business unit, Atkins Caribe, as general engineering consultant in 1997 and since then has selected Atkins multiple times to provide comprehensive airport planning, engineering and construction management services for both commercial and general aviation airports.