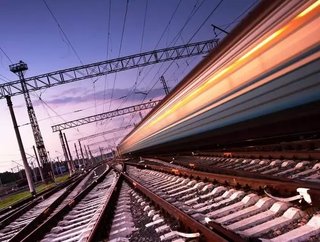 A new high speed rail link between Serbian capital Belgrade and Hungarian capital Budapest will be built after China agreed with Serbia over the financi...

A new high speed rail link between Serbian capital Belgrade and Hungarian capital Budapest will be built after China agreed with Serbia over the financing of the $1.1bn project.

Spanning 350km, the new line is expected to cut journey times down from eight hours to just three, and forms part of the Chinese government’s plan to expand its Belt and Road strategy across Europe.

Earlier this week the two countries' prime ministers discussed the cooperation in the field of energy and infrastructure, as well as road and rail infrastructure projects implemented with Chinese assistance.

Serbian Prime Minister Ana Brnabic commented: “Regional infrastructure projects are the most important for Serbia and they will contribute to linking and stimulating the economic progress of the region.”

The Balkans represents a key corridor for China, linking mainland Europe to the increasingly influential Greek port of Piraeus, which has recently been taken over by Chinese company Cosco.

Work has already began on a Serbian stretch of the rail line, a 75km stretch from Belgrade to Novi Sad. Around 184km will run through Serbia with the remaining 166km in Hungary, with trains able to travel at approximately 160km/h.

Other areas of cooperation between Serbia and China agreed recently include an agreement to build an industrial park for food production and reconstruct another rail line heading in and out of Belgrade.