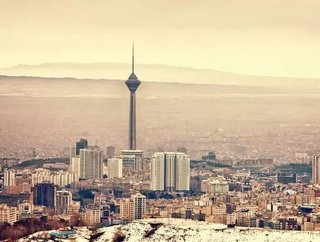 Sinomach, also known as China National Machinery Industry Corp, has signed a new $845mn contract to build 410km of railway in western Iran, according to...

Sinomach, also known as China National Machinery Industry Corp, has signed a new $845mn contract to build 410km of railway in western Iran, according to Reuters, citing a release on the company’s website.

The contract will see Sinomach becoming responsible for the engineering, procurement and construction work for the railway that will link three of the country’s major cities – Tehran, Hamedan and Sanandaj.

The contract continues the influx of projects in Iran that have been led by China since the nuclear sanctions imposed against Iran were lifted in 2015, with Chinese companies having been particularly involved in the countries emphasis on building a greater network of rail infrastructure.

According to Reuters, state-owned China Railway Engineering Corp is building a 415km railway between Tehran and Isafahan, via Qom, whilst China Railway Construction is reportedly building a different line between Kermanshah and Khosravi, with Sinomach now also having been given a significant rail contract.

In total, approximately $25bn of railway infrastructure spending is expected in the next half decade.

Further, Iran is also of significant interest to China due to the country being on the route of its planned Silk Road economic belt trade link direct with Europe.