Europe's tallest skyscraper to be built in the Swiss Alps 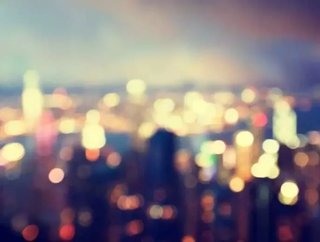 Europe&#39;s tallest skyscraper, which will stand more than 70 metres higher than the Shard, is going to be built in a sleepy Swiss village. Plans for t...

Europe's tallest skyscraper, which will stand more than 70 metres higher than the Shard, is going to be built in a sleepy Swiss village. Plans for the 80-storey luxury hotel tower, designed by Los Angeles architect Thom Mayne, have been unveiled for the tiny hamlet of Vas, in the Swiss Alps.

Standing at 381 metres (1250ft) tall, the slim, glassy skyscraper aims to mirror the surrounding mountainous landscape. The 53,000-square-metre building will include 107 guest rooms and suites, as well as spas, a ballroom and a library, restaurants, a cafe, bar, sky bar and a gallery. It will also feature a swimming pool and fitness centre.

Mayne's architect firm Morphosis won a competition sponsored by a resort in the Swiss town for the hotel which they hope to open in 2019, when it should be the continent's tallest—unless a planned tower in St. Petersburg assumes its full projected height.

An artist's renderings show a plane of glass shimmering high into the alpine sky, where it appears to evaporate into the atmosphere.

The building will be part of the Vals resort, which already includes a hotel as well as a world-famous spa building by Swiss architect Peter Zumthor. Mayne told Dezeen magazine that each floor would have just one room offering exclusive panoramic views of the Alps.

“As much as possible, the hotel is a minimalist act that re-iterates the site and offers to the viewer a mirrored, refracted perspective of the landscape,” said Mayne.

In Europe, currently the tallest structure is The Federation Tower in Moscow, Russia which measures at 373.7m (1,227ft) tall.