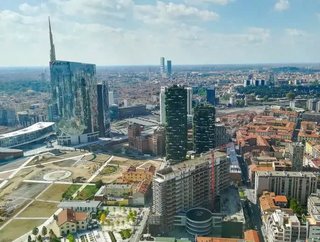 Aussie builder Lendlease has more than $15bn (USD) in its European development pipeline, company documents have shown. The firm revealed the extend of...

The firm revealed the extend of its activity in Europe during an investor tour of its key sites in Milan and London, where it recently secured a massive contract to develop Euston rail station.

In total, the Europe arm of the business contributes around 17% of total revenue, conducting work on the continent for more than 50 years.

Euston station, which could be worth $7-9bn of work, is one of six major urbanisation projects being carried out by Lendlease in London and Milan.

Speaking in February, Dan Labbad, International CEO of Lendlease commented: “We are proud and excited to be selected as preferred bidder to deliver the Euston OSD in partnership with HS2, Network Rail, London Borough of Camden, GLA and wider stakeholders.

“We believe this is a fantastic project in a key area of London which will provide opportunity for all and act as a catalyst for wider UK growth.”

In Milan, the firm this year secured a $2.64bn contract to regenerate Milano Santa Giulia, a multipurpose development near the city’s central business district involving residential, commercial and retail space.

It is also eyeing up work in Milan’s up and coming innovation district, a 100-hectare site which Lendlease claims has contracting work worth $2.25bn up for grabs.

Other London projects in delivery stage include work at Stratford’s International Quarter, Elephant Park, The Timberyard and Deptford.

Notable projects completed down the years include Bluewater Shopping Centre on the outskirts of London and the London 2012 Olympic Athletes’ Village.