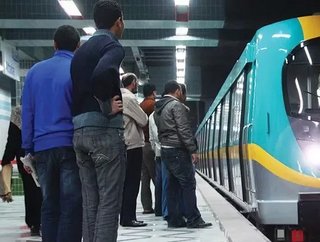 France is making a €1.8bn investment into Egypt’s infrastructure with upgrades to the Cairo Metro and a railway to Sudan

France will invest a total of €1.8bn into Egypt’s infrastructure focusing specifically on upgrading the Cairo Metro, building a railway to Sudan, and developing water and energy schemes. Officials have called the investment a “major boost to bilateral cooperation”.

Included in the financing is a concessional government loan of around €800mn to upgrade Line 1 of the Cairo Metro, introduced in the 1980s. The financing will pay for 55 trainsets for the line and is provided by the French engineering company, Alstom.

Line 6 is also due to be upgraded using further state-guaranteed loans worth up to €2bn. Bruno Le Maire said that this would be negotiated over the next six months. France and Egypt have worked in close cooperation ever since Abdel Fattah al-Sisi became president in 2014, despite differences over human rights and strong criticism of Egypt by rights activists and some foreign states.

Nine more projects over the next half a decade

A further €1bn from France’s development agency, Agence Française de Développement (AFD), aims to cover a range of other projects over the next half a decade.

These projects include a railway line between Aswan, southern Egypt, and Wadi Halfa in Sudan, as well as several projects in the renewable energy and water purification industries. Bruno Le Maire, France’s Finance Minister, said Egypt was a “strategic partner and commercial dealings with it would be developed. France will substantially increase its direct exposure to Egypt, becoming the first counter-party for government to government loans,” he said.

According to Le Maire, the AFD will also €150mn to support the construction of a universal health insurance programme. French contractors such as Vinci and Bouygues have a long history of working on the Egyptian capital’s underground system.

Talking about the relationship between France And Egypt, Le Maire concluded: “France will substantially increase its direct exposure to Egypt, becoming the first counter-party for government to government loans”.