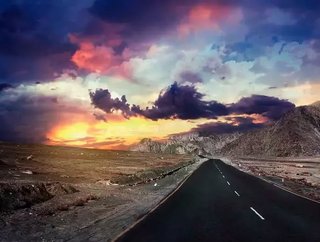 Building work has begun on a 14km road tunnel in Jammu and Kashmir province, India, the largest bi-directional tunnel in Asia and a project costing almo...

Building work has begun on a 14km road tunnel in Jammu and Kashmir province, India, the largest bi-directional tunnel in Asia and a project costing almost $1bn.

Indian Prime Minister Narendra Modi marked the beginning of the construction by visiting the Zojila Tunnel site, which will provide vital all-weather connectivity between the mountainous cities of Srinagar, Kargil and Leh.

The pass, located at 11,500ft altitude, will cut journey times through Zojila from 3.5 hours to 15 minutes, and is expected to be completed within around five years.

Modi said: “It (tunnel) will lead to all-round economic and socio-cultural integration of these regions. It also has immense strategic importance.”

The Zojila Tunnel has also been dubbed a smart tunnel, to be equipped with safety features such as variable message signs, traffic logging and vehicle height detectors.

There will be pedestrian crossings at every 250m with laybys at every 750m and fire safety equipment and emergency phones at every 125m.

Alongside the tunnel project, around 100km of new roads will be built in the region. These include a 42km, four-lane stretch linking Galandar in West Srinagar to Sumbal, and a 58km, four-lane passage joining Jagati in western Jammu to Raya Morh.

This is not the only recent infrastructure project inaugurated by Modi this month. The fast-tracking of the 330MW Kishanganga hydropower station was confirmed last week – the project had stalled since work began on it back in 2009.

Below is a video published by Prime Minister Modi outlining the scope and impact of the Zojila Tunnel project.