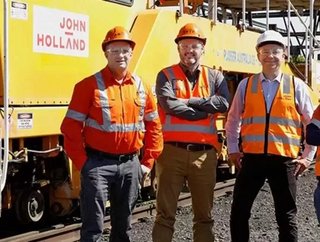 ARTC Chief Executive John Fullerton commented: “This is the next key stage towards delivering the upgrade to the North East line and one step closer to improved reliability, smoother journeys and reduced causes of major delays for passenger services between Melbourne and Albury.”

“Over the previous months we have been following a rigorous competitive tender process. We are thrilled to award the contract to John Holland and are confident that their extensive experience delivering large scale rail infrastructure projects will ensure the best outcomes for the project,” Fullerton added.

John Holland’s Executive General Manager, Rail Steve Butcher said the team is thrilled to bring their expertise to the project:

“As the leading multi-disciplinary rail delivery business working across Australia, John Holland’s Rail Infrastructure Services team is well equipped to deliver this important project that will reinvigorate a large part of regional Victoria.

“We understand the upgrades are a key priority for those living in north east Victoria and look forward to delivering these improvements and the benefits they will bring to the local community, businesses and economy.”

Major early works have already been completed on the line this year including a significant scope of work during the recent 60hr works shutdown. Further targeted works are planned to help address some of the current V/Line services performance issues.

“We know that the reliability of North East line services is a real and on-going concern for passengers, and we continue to work with the Victorian transport agencies to find ways of improving the track condition ahead of the commencement of the upgrade’s main works,” concluded Butcher.