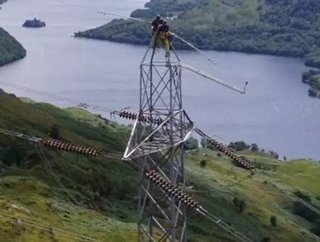 Balfour Beatty, the international infrastructure group, has announced that its Power Transmission &amp; Distribution business has been awarded a new fra...

Balfour Beatty, the international infrastructure group, has announced that its Power Transmission & Distribution business has been awarded a new framework agreement by Western Power Distribution for its excavation, cable laying and reinstatement works in the South Wales operating region.

Balfour Beatty has signed the initial three year contract, worth circa £37.5 million, to manage planned and reactive low voltage to 33Kv cabling works. By assisting our client to maintain the integrity of their network, we are helping to provide a continual supply of energy to the region.

Work is due to start on the 1st November 2015 and subject to successful performance, there is an option to extend the agreement for a further two years, taking the overall potential value to around £62 million over five years.

Neil Kirkby, Balfour Beatty Managing Director - Power Transmission & Distribution, said: “Securing this new framework agreement is once again recognition of the capability and expertise we bring to the industry. We have worked with Western Power Distribution for over 20 years and we’re looking forward to continuing this relationship.

“Balfour Beatty is committed to delivering high levels of client satisfaction and we will be doing everything we can to help Western Power Distribution achieve its targets.”

Balfour Beatty is committed to providing benefits to the local communities in which they operate and the project will include approximately 170 employees with 90 percent of this direct employment for Balfour Beatty, and a cohort of local sub-contractors who have remained on the contract for several years.