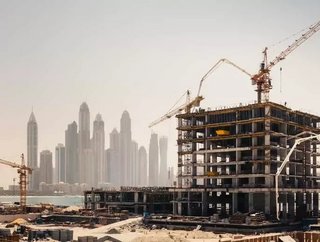 Italian construction company Salini Impreglio has revealed its plans to expand in the Middle East, namely with contract bids in the UAE, Saudi Arabia an...

Italian construction company Salini Impreglio has revealed its plans to expand in the Middle East, namely with contract bids in the UAE, Saudi Arabia and Oman.

Totalling $3bn, the firm is targeting several massive infrastructure schemes, including a slice of the Neom megaproject in Saudi Arabia.

Estimated to cost $500bn, Neom is planned as a purpose-built economic city spanning 26,500 sq km, to be situated in Tabuk.

Salini Impreglio said in a media statement: “The Middle East, in particular Saudi Arabia, Oman and the UAE, offers many opportunities for the group, which has one of the biggest portfolio of contracts by value in the region of all foreign infrastructure companies.”

The company had form in the region, having operated there for the last 50 years and completing notable projects on buildings such as Sheikh Zayed Grand Mosque in Abu Dhabi.

In the Saudi capital Riyadh, Salini Impreglio has prequalified for the first part of a billion-dollar retail scheme, The Avenues, which is to be made up of a shopping centre, two hotels and an office block.

Oman is another market the company is seeking to expand its footprint in, and it is a lucrative one.

According to a report by BNC Network, as of April there are 2,410 active projects in the country, totalling $190bn in value.

It is thought that stabilising oil prices are giving GCC governments confidence of investing in large infrastructure projects. However, 330 projects are still currently on hold.