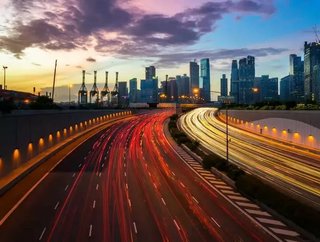 Two civil contracts worth a combined $860mn have been awarded to Samsung C&T Corporation and a joint venture between Leighton Contractors and Yongnam Engineering & Construction.

Samsung C&T will be responsible for the construction of a section of the NSC tunnel between Toa Payoh Rise and Marymount Lane – a 1.37km stretch valued at $448mn.

Samsung C&T Corporation is an established contractor in South Korea and has completed numerous road and railway infrastructure projects in the country and abroad, including in Singapore.

Leighton Contractors and Yongnam Engineering & Construction will complete the other tunnel section between Kampong Java Road and Suffolk Walk, a 0.64km section valued at around $370mn.

The 21.5km NSC is Singapore’s first integrated transport corridor, featuring continuous bus lanes and cycling trunk routes, and is expected to be completed in 2026.

Leighton also has a track record in Singapore. Already well-established in Australia, the company has completed work on the Jalan Besar Station and tunnels on the Downtown Line. It is also currently involved in the construction of Springleaf Station on the Thomson-East Coast Line.