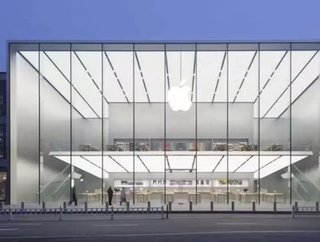 The structure is a 15m high transparent glazed box, which allows customers able to browse the latest technology under a glowing ceiling. The custom-made lighted ceiling panels are designed specifically to dampen sound.

The store features a cantilevered floor and floating glass staircases, which are located on either side of the store and held in place by embedded bolts.

The main area inside the store features a 9m high space where the upper floor projects 12m from the rear wall.

Apple opened its first China outlet in Beijing in 2008 and the Hangzhou store is one of five the company is opening in the country in the early part of 2015.

The new stores bring the total number in China up to 20 but this is expected to double within two years. The first Foster’s-designed Apple store opened in Turkey last year.

The practice is behind the new headquarters for Apple in Cupertino, California with the $5 billion project called Apple Campus 2.