Construction firms use drone to monitor worker progress and productivity 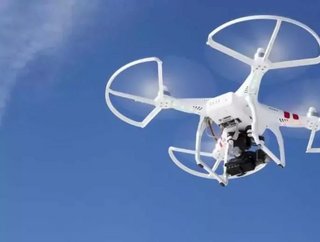 Construction companies are beginning to use drones for a rather inventive use&hellip; monitoring the progress and productivity of workers on site. The w...

Construction companies are beginning to use drones for a rather inventive use… monitoring the progress and productivity of workers on site. The workers building a lavish new downtown stadium for the Sacramento Kings in California are being monitored by aerial drones and software that can automatically flag slow progress.

"We highlight at-risk locations on a site, where the probability of having an issue is really high," says Mani Golparvar-Fard, an assistant professor in the department of civil engineering at the University of Illinois, who developed the software with several colleagues. It can show, for example, that a particular structural element is behind schedule, perhaps because materials have not yet arrived. "We can understand why deviations are happening, and we can see where efficiency improvements are made," Golparvar-Fard says.

The project highlights the way new technologies allow manual work to be monitored and scrutinized, and it comes as productivity in other areas of work, including many white collar jobs, is being tracked more closely using desktop and smartphone software.

Such additional scrutiny is controversial. It raises worries over worker privacy, for instance, and fears that people may be encouraged to work excessive hours.

Golparvar-Fard concedes that this could be an issue, but he defends the idea. "It's not new to the construction industry that there would either be people standing and observing operations, or that there would be fixed cameras," he says. "Yes, making this autonomous has a different feeling for the workers. But you have to keep in mind that it's not really questioning the efficiency of the workers, it's questioning what resources these guys need to be more efficient."

Such concerns aren't slowing down development of the technology required for monitoring construction work. The falling cost of drone hardware and the availability of sophisticated control, navigation, and planning software have helped the aerial vehicles make a large impact on the agriculture industry already (see "10 Breakthrough Technologies 2014: Agricultural Drones").

Monitoring activity across a large, complex construction site is particularly difficult because there are so many moving parts, and because the jobs being performed change frequently. A report published in 2009 by the National Research Council of the National Academies found that construction lags behind other industries such as manufacturing in terms of productivity, and blamed the situation on problems with planning, coordination, and communication.

At the Sacramento project, video is being captured by a drone-operating company called ImageInFlight. The software developed by the University of Illinois team can show how different subcontracting teams are working together.

The software developed by Golparvar-Fard and his colleagues is also being used at a high-rise construction project in Arizona, and by Taisei, a large construction company in Japan.

The University of Illinois team is currently testing a system that will allow drones to attach cameras to locations across a building site, so that activity can be monitored continually. In experiments, they are also using a crowdsourcing platform to categorize workers' activities in video footage. A manager can then see how different tasks are being performed overall, and how much time each individual is spending on a job.

This level of surveillance could prove even more controversial. A spokesman for the Laborer's International Union of North America (LIUNA) said the organization was not aware of such technology, and declined to comment.