German Construction Decline Continues in May with PMI at 48.1 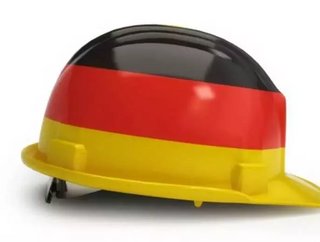 Activity in Germanys construction sector contracted further and deeper in May according to Markit Economics survey, with PMI falling to 48.1 in May from...

Activity in Germany’s construction sector contracted further and deeper in May according to Markit Economics’ survey, with PMI falling to 48.1 in May from 49.7 in April.

The score is Germany’s lowest since March 2013.

New orders for the construction sector fell for the 26th month in May, although the rate eased since April. As a result, contractors reduced their purchasing activity last month.

Despite the declines in new orders and activity, construction employment rose for the 14th consecutive month in May. Some survey respondents attributed the higher staffing levels to the processing of backlogs.

Input costs continued to increase during May, with a fifth of survey participants signalling higher cost burdens. However, the rate of cost inflation eased slightly since the previous month and was the weakest since the beginning of the year.

Vendor performance continued to deteriorate in May and supplier’s delivery times lengthened to the weakest degree in more than a year.

German constructors were pessimistic regarding the outlook for the sector’s activity for the year ahead, ending a four-month sequence of positive sentiment. The survey results put lower demand as one of the major reasons for these negative expectations.

Commenting on the Markit Germany Construction PMI survey data, Oliver Kolodseike, Economist at Markit said: “The downturn in Germany’s construction sector accelerated in May, with the headline PMI falling to a 14-month low.

“The combination of declining construction activity, falling inflows of new orders and negative expectations with regards to the one-year outlook gives a cocktail with a risk for headache, especially if the sector remains in contraction territory in the coming months.

“The only positives from this month's data are the resilience of the labour market to weakening demand and a slight rise in commercial activity."