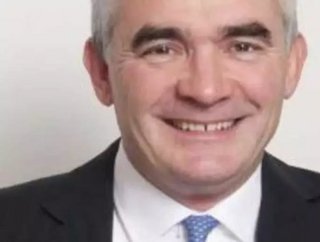 Andrew Davies has been appointed as the new Chief Executive Officer of Carillion and will take up the role next April. Davies is toreplace Richard Hows...

Andrew Davies has been appointed as the new Chief Executive Officer of Carillion and will take up the role next April.

Davies is to replace Richard Howson, who left the embattled construction company in July - but what makes Davies the perfect person for the job?

Andrew Davies will leave his role as Chief Executive of privately-owned construction firm Wates Group to take up the helm at Carillion.

Davies has held the top job at Wates for nearly four years havng joined in January 2014 following a long and successful career at BAE Systems.

His background is in aviation, having joined British Aerospace in 1985 after graduating from the University of Sheffield and working in a number of management roles at the company.

Further down the line, he ran the commercial aircraft division at BAE before rising to become Managing Director of its £2.2bn Maritime business.

During his time at Wates Group, Davies was named 2016 CEO of the Year by Building Magazine and chaired the company's executive committee.

"Andrew has the ideal combination of commerciality, operational expertise and relevant sector experience to build on the conclusions of the strategic review and to lead the on-going transformation of the business," said chairman Philip Green.

"His experience and his people focussed personal style are an ideal combination for our business. We are pleased that he has agreed to join us and we are grateful to Keith Cochrane for his interim leadership of Carillion."