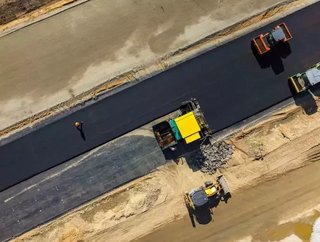 Balfour Beatty and Galliford Try have assumed control of two UK road projects – the former taking on £115mn ($155mn) of work in Leeds and Galliford a £120mn ($161mn) job in Lincolnshire.

Carillion’s liquidation earlier this year has left a huge chasm of work that is slowly being filled by other companies.

The industry giant had around 20,000 employees in the UK, 450 governmental contracts, major construction projects across the country including High Speed 2 and the redevelopment of Battersea Power Station, maintenance contracts for 50 UK prisons, as well as wider operations in the Middle East, the Caribbean and Canada.

Balfour Beatty will now deliver the initial stages of the East Leeds Orbital Road, which also involves reworking of several junctions. The project is expected to take 15 months.

Galliford is taking on the Lincoln Eastern Bypass, local authorities have confirmed, with the project cost increasing by £24mn as a result of the change in contractor.

It has also emerged that the Carillion collapse will cost the UK government and taxpayers £148mn due to timing and extent of asset sales.

In May, International Public Partnerships Limited confirmed that 22 facilities management contracts had changed hands, although major hospital construction projects in Liverpool and the Midlands remain subject to uncertainty.