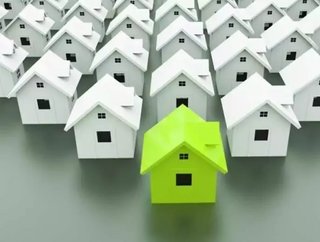 The World Green Building Council (WorldGBC) has announced the appointment of Terri Wills as its new Chief Executive Officer.Wills will lead WorldGBCs in...

The World Green Building Council (WorldGBC) has announced the appointment of Terri Wills as its new Chief Executive Officer.

Wills will lead WorldGBC’s initiatives to support its members, promote collaboration and innovation, and play what is described as ‘an advocacy and policy role to accelerate global change’.

She will join WorldGBC from her current role as Director of Global Initiatives with the C40 Cities Climate Leadership Group. During her time with C40, she has overseen the restructure of the Clinton Climate Initiative cities technical assistance program, and spearheaded the development, fundraising and implementation of the network strategy. Under her leadership, it is claimed that C40’s networks have had a direct impact on policy in more than half of C40 member cities.

Bruce Kerswill, Chairman of WorldGBC, said, “We’re delighted to welcome Terri as our new CEO. The green building movement is growing apace – we have GBCs in 100 countries across the globe and the WorldGBC continues to grow in size and influence. Terri’s experience and drive will take us to the next level, boosting the services we offer our members, increasing our global impact, and driving the change to sustainability in built environments globally.”

Wills’ previous experiences includes serving as the London City Director for the Clinton Climate Initiative, working with the Mayor of London’s Office to scale up the award-winning RE:FIT retrofit program and laying the groundwork for the city’s Building Energy Challenge. She has also worked with the Government of Ontario on clean technology development; project managed Civic Action’s Greening Greater Toronto initiative which created the Race-to-Reduce building retrofit program; and worked for the BBC.

“Through the power of the 100 Green Building Councils, WorldGBC is one of the only global organisations which can truly achieve worldwide impact through the built environment. I am delighted to lead WorldGBC into its next phase of growth, build on past success and secure even greater resources and influence for the green building movement at a local, regional and global level,” said Wills.

Wills will begin her new role on 1 June. She assumes the position from former CEO Jane Henley, who departed the WorldGBC in March after five years. The World Green Building Council is a network of national green building councils in more than one hundred countries, and the organisation claims to be the world’s largest international organisation influencing the green building marketplace.