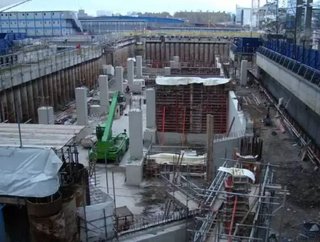 UK Construction output grew at its fastest pace in seven months in August, the second fastest rate since 2007, before the financial downturn.The Markit...

UK Construction output grew at its fastest pace in seven months in August, the second fastest rate since 2007, before the financial downturn.

The Markit/CIPS purchasing managers' index (PMI) rose to 64.0 in August from 62.4 in July, comfortably exceeding economists’ expectations, with some having even anticipated a decline.

However, the data showed that growth in the sector is being held back by supply shortages, raising questions over the long-term sustainability of the upturn.

Markit's Chief Economist, Chris Williamson, said: "The pace of growth is causing supply problems, with the availability of materials and subcontractors deteriorating at record rates.

"Sub-contractors were able to charge more in the face of such strong demand, and average pay rates rose to the greatest extent seen in the survey history. Material costs meanwhile likewise showed the largest jump for just over three years as demand outstripped supply."

The industry’s sustained period of growth began last year as the economy picked up and construction was aided by the ‘Help to Buy’ scheme which led to greater home building.

However, some economists believe the housing market, particularly in London, is cooling.