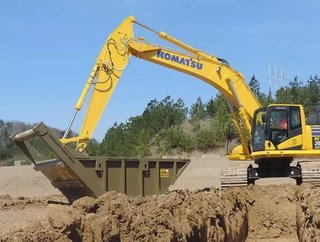 Sales of construction equipment in China saw robust growth in November, suggesting that Beijing’s efforts to boost infrastructure investment amid a sl...

Sales of construction equipment in China saw robust growth in November, suggesting that Beijing’s efforts to boost infrastructure investment amid a slowing economy might be taking effect.

Bloomberg reports excavator sales from the country’s 25 leading excavator manufacturers rose 21.7% last month from a year earlier, according to the China Construction Machinery Association, almost twice as fast as October’s 11.5% increase. Heavy trucks sales were up 13.8% during the same period, about the same pace seen in October, the China Association of Automobile Manufacturers said.

Excavator and heavy truck sales are indicators of infrastructure investment, given their use in construction projects. Sales at Sany Heavy Industry Co., China’s largest construction equipment maker, are expected to hit a record in 2019 and continue growing in 2020, according to Michelle Leung, an analyst at Bloomberg Intelligence.

Komatsu Ltd., a Japanese manufacturer of heavy building machines such as excavators, reported that its equipment in China was used 1.8% more in November compared to the same month last year, the first gain since March.

As downward pressure on China’s economy mounts, Beijing has sought to boost activity, especially by using infrastructure spending. However, that has been slowing for most of the year, with fixed-asset investment growing 5.2% in the first ten months, down from the 5.4% increase in the Jan-Sep period. China is expected to release November data next Monday.

The policy looks set to continue into 2020, with the Finance Ministry already earmarking 1 trillion yuan ($142bn) in special purpose bonds for use early in 2020. There is a general expectation that local governments will sell more of the debt next year to pay for infrastructure. Huangshan City in Anhui Province announced on Wednesday that it had already received a quota of special purpose bonds and allocated the funds to specific projects, including high-speed railway and reservoirs.