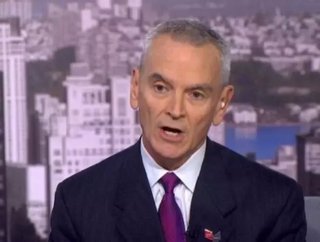 Not being scared to make changes in order to stay competitive has been a key factor for housing companies who have emerged strongly from the financial c...

Not being scared to make changes in order to stay competitive has been a key factor for housing companies who have emerged strongly from the financial crisis, a recession which brought the industry to its knees.

USG Chief Executive Officer (CEO) Jim Metcalf called for just this at the time of the monetary collapse, a bust commonly cited as coming from or at least being heavily influenced by the subprime mortgage market.

Metcalf told FBN’s Jeff Flock in a Conference Room interview about the need to innovate, something which his company, maker of sheetrock for construction projects, has been doing in order to strengthen its appeal to customers.

He told FBN: ““UltraLight was one of our innovations that we did during the recession. It’s 30 percent lighter but it performs better. And you can see the workers here - lifting sheetrock can be a tough job, but we made it much easier and they’re more productive so at the end of the day they’re not as tired.”

Metcalf said that he expects one to 1.1 million houses to arrive in 2014, and outlined that for every 100,000 housing starts, 800 million feet of demand is there for his business to try and exploit.

By continuing to offer something different and something which will make customers’ operations easier and more affordable, USG is looking to capitalise on a recovering market.