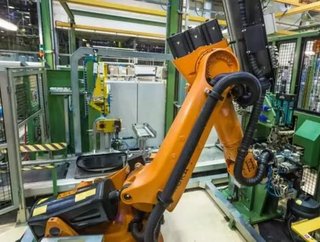 Londons Architectural Association has revealed that it will this year launch a new course focussed on digital fabrication. Students from theAA School&#3...

London’s Architectural Association has revealed that it will this year launch a new course focussed on digital fabrication. Students from the AA School's Design & Make programme used robotic fabrication for the first time earlier this year in the construction of Woodchip Barn, the success of which has now led to the development of a new MSc course, also called Design & Make, which will focus on robotic technologies and their application in timber construction. The 12-month course, which will begin its inaugural year this autumn, will take place at the school’s research facility in Hooke Park, Dorset, UK.

Martin Self, Programme Director, told Dezeen that robotics is becoming increasingly important in architecture: "We are making robotics core to the research we do here, and believe there is particular potential in the application of natural forms in architecture, especially in combination with 3D-scanning technologies".

Students on the course will make use of a Kuka KR-150 robotic arm with a reach of 2.7 metres housed in Hooke Park's Big Shed workshop, a fabrication hall constructed by students back in 2012, which can be used to investigate robotic routing to join non-standardised lengths of timber, such as irregularly forked tree branches.

"By combining the capabilities of robotic machining with 3D scanning and parametric design tools, new opportunities are being explored in which the inherent geometric form and structural qualities of wood are directly applied in architectural structures," said Self.

The Design & Make programme is supported by the Bristol Robotics Laboratory at the University of the West of England and the government-funded Knowledge Transfer Partnership scheme.