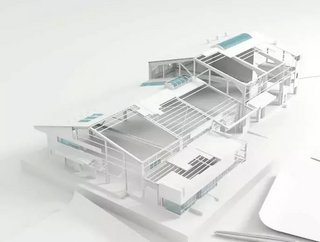 Russian company AMT-SPETSAVIA has unveiled what is the world’s largest 3D printer for construction. The S-500 stands at 15m tall, or five to six sto...

Russian company AMT-SPETSAVIA has unveiled what is the world’s largest 3D printer for construction.

AMT-SPETSAVIA showcased the system at the INNOPROM event in Yekaterinburg, the Russian city lying to the east of the Ural Mountains. Around 600 companies from 20 countries exhibited their various solutions under the umbrella theme of digital production.

AMT-SPETSAVIA General Director Alexander Maslov commented: “We've always been asked for a solution for multi-storey construction. Now we declare with confidence that such a solution exists.

“During the development we've taken into account the wishes of the developing companies, at the same time maintaining the inherent reliability of our equipment, ease of management and maintenance.”

The company expects to ship its first S-500 printer this year. It is the same firm that last year printed Europe’s first habitable home.

Interest in 3D printing structures has taken off over the past few years, not least because of the speed at which buildings can be constructed, something which is seen as a way of reversing worrying productivity trends in the sector.

The US military, for example, is another proponent and recently patented its own formula of concrete that it says prevents jamming, allowing it to quickly deploy solid buildings in hostile areas.