The rise of 3D printing in the construction industry 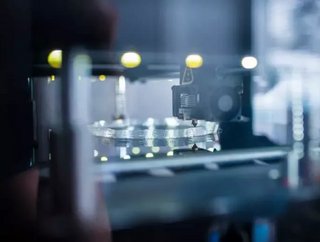 Additive manufacturing, or 3D printing, is on the rise within the construction industry. The city of Dubai has increasingly adopted the method for its...

Additive manufacturing, or 3D printing, is on the rise within the construction industry.

The city of Dubai has increasingly adopted the method for its construction projects – it created the world’s first 3D-printed office building in 2016.

As part of the Smart Dubai plan, the city’s Roads and Transport Authority (RTA) has introduced additive initiatives, including marine transport stations and bus stops.

In September last year the RTA signed a deal with Siemens to extend the use of its 3D printing technology.

The RTA has also been responsible for ensuring that additive manufacturing was used in the construction of Dubai’s metro, creating ticket vending machines and entry gates.

The city’s Ruler and Prime Minister of the UAE, Sheikh Mohammed bin Rashid Al Maktoum, has also launched the Dubai 3D Printing Strategy, which aims to see a the buildings in a new technology hub made using 25% 3D-printed materials by 2025.

The world’s first 3D-printed steel bridge is set to be build in Amsterdam, developed by startup MX3D.

3D is also anticipated to help housing problems in cities, addressing issues such as affordability, availability and sustainability.

With 3D-printed structures, building time is reduced and ergo so are construction costs, argues Icon, a 3D printing startup from Austin.

"We started with houses because … nobody is writing articles about the global skyscraper crisis or global restaurant crisis. There really is a multi-layered problem with housing in the world," said Jason Ballard, a co-founder of Icon.