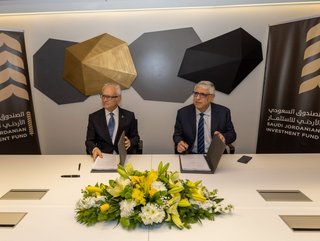 Project will deliver 330 beds, 72 outpatient clinics, a children’s hospital, and a medical school for up to 600 students

Hill International, the American construction consulting firm with operations across the globe, has said that it has been awarded a contract to provide construction management services to the Saudi Jordanian Fund for Medical Educational Investment Company (SJFMEI), a subsidiary of the Saudi Jordanian Investment Fund (SJIF), for a new US$400 million healthcare project in Amman, Jordan.

In a statement, Hill said that the project is a university hospital that will deliver 330 beds, 72 outpatient clinics, a children’s hospital and a medical school with a capacity for up to 600 students, once complete. The school has a projected enrolment of 100 students annually.

The project will also include five medical centres of excellence, each focused on providing care for the most common and fastest-growing non-communicable diseases in Jordan and the region. These include cardiology, oncology, neurology, gastroenterology, and orthopaedics, while also supporting advanced research through four centres in the fields of genomics and precision medicine, stem cells and regenerative medicine, health systems and public health, and bioinformatics.

Hill Regional President – Middle East Abdo Kardous said of the award: “This new healthcare project will raise the level of care for the entire Jordanian population and set a new standard in patient well-being. We are excited to support such a transformative healthcare infrastructure program and look forward to realising the SJFMEI’s vision as planned.”

The consultancy added that work on the project will be implemented in partnership with two of the most prestigious institutions in the world in the fields of healthcare and medical education.

Hill Chief Executive Officer Raouf Ghali added: “Healthcare projects and programs are growing in scale and complexity around the world, and SJFMEI’s new project is as ambitious as it is necessary.

“Hill specialises in achieving such bold healthcare projects, and in helping our clients realise their goals of delivering improved care for their citizens,” he concluded.