Construction disputes rise in value to $32.1million in 2013 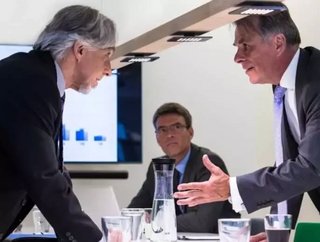 Disputes relating to major global construction projects increased in value to, on average, $32.1million in 2013 according to global natural and built as...

Disputes relating to major global construction projects increased in value to, on average, $32.1million in 2013 according to global natural and built asset design and consultancy firm ARCADIS.

This was $400,000 more than in 2012 when disputes were valued at $31.7million. ARCADIS also saw the emergence of the 'mega-dispute' in 2013, with its teams working on three separate disputes worth over $1billion including the Panama Canal Expansion project.

This year's report 'Global Construction Disputes: Getting the Basics Right' is ARCADIS' fourth annual study into the duration, value, common causes and resolutions of construction disputes across the globe.

The report found that construction dispute values were the highest in Asia at $41.9milllion, closely followed by the Middle-East at $40.9million. In the US, disputes values tripled in value to $34.3million and also rose in the UK to their highest value since the report started at $27.9million.

The findings showed that disputes took, on average, less time to resolve in 2013 at 11.8 months, down from 12.8 months in 2012. They took longest to resolve in the Middle East and US with 13.9 months and 13.7 months respectively. Disputes in Continental Europe tended to be resolved the quickest at 6.5 months.

Mike Allen, Global Head of Contract Solutions at ARCADIS said: "Today's major construction programmes are fast paced, complex and involve a multitude of supplier parties, so there are numerous points at which a dispute can occur. Many of these disputes are resolved out of the public eye but do often result in heavy costs and time overruns.

“Our research indicates the scale of this problem and highlights the need for better contract administration, more robust documentation and a proactive approach to risk management to help mitigate against the most common causes of dispute."

The Panama Canal Expansion was one of the highest profile disputes in 2013, with the Panama Canal Authority in dispute with the GUCP contractor consortium about cost overruns said to be worth $1.6bn. It was reported that a deal over a protracted financing dispute was secured in order to free up funds earlier this year and this has allowed work to continue.

The research found that the most common causes of construction disputes related to the administration of contracts. The top five causes in 2013 were: failure to properly administer the contract; failure to understand and/ or comply with its contractual obligations; incomplete design information or employer requirements; failure to make interim awards on extensions of time and compensation; and poorly drafted or incomplete and unsubstantiated claims.

Party-to-party negotiation was deemed the most popular method of alternative dispute resolution in 2013, followed up arbitration and adjudication.

The likelihood of a joint venture (JV) ending in dispute was also reviewed in the report. ARCADIS found that, where a JV was in place, it had a one in three (35 percent) chance of causing a dispute. This is an increase from 2012 where instances of JV dispute were less commonplace at 19 percent.

Allen continued: "As a result of an increasing active construction market, we are seeing the number of joint ventures increase as employers seek to divest risk across major programmes and blend specialist skills in the supply chain into one contract.

“This is clearly not an easy undertaking and our research shows it is leading to an increase in the number of disputes highlighting a need for some very careful focus around the selection, set up and management of the JV relationship."

The full report can be downloaded here