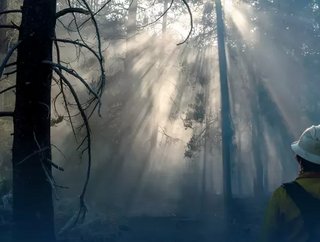 The new Systems Change Lab report shows that the built environment sector in the UK is ‘well off track’ meeting the target necessary to limit global warming to 1.5 degrees Celsius by 2030.

Ahead of the opening of UN COP26 tomorrow, Don McLean, CEO of Integrated Environmental Solutions (IES), said the findings are extremely worrying.

“The built environment accounts for 40% of the UK’s total carbon footprint due to high and often wasteful energy use in buildings, so it’s clear we need a real push to raise awareness of not only the nature and scale of the task ahead amongst those working in the sector, but also the tools we have at our disposal that can quickly make a tangible difference," he said.

“Designing and constructing more energy efficient buildings going forward is of course essential, but as 80% of buildings that will exist in 2050 have already been built, it is even more important to put focus on improving the carbon performance of existing buildings."

While thousands of businesses have announced ambitious net-zero strategies, many are struggling with how to achieve these goals, he added.

"Without the technology to effectively measure and analyse their buildings’ usage, it is difficult to know where changes can and should be made. And many are wary of wasting money on adaptions that don’t really make a difference," said McLean.

“This is where digital twin technology comes in, providing the ability to create virtual replicas of buildings which react as their real-world counterparts would. This allows for new systems to be tested first in the digital twin, showing how these improvements will reduce the carbon footprint of the physical version of the building. Once the costs and environmental benefits of new systems have been established virtually, it can then be decided whether to go ahead and implement the changes.

The report suggests that the energy intensity of buildings needs to drop at a rate almost three times faster than now, so it’s time to step up, he added. When accounting for the embodied carbon of building interiors, systems, and associated infrastructure, carbon footprint percentages are substantially higher.

"If the industry is committed to changing for the better then it is integral that it sees the results of this report, and the many before it, as an opportunity to put sustainability at the heart of its operations, and position itself as a leader in the fight against climate change. The technology that holds the solution is already readily available, it just needs to be utilised effectively.”

According to a recent report from the Intergovernmental Panel on Climate Change (IPCC), unless there are immediate, rapid, and large-scale reductions in greenhouse gas emissions, limiting warming to 1.5 degrees Celsius - the threshold needed to avoid the worst impacts of climate change - will be beyond reach.

Many nations are still operating under insufficient emissions-reduction targets that put the planet in more serious danger. Recent analyses from the United Nations and Climate Action Tracker found that none of the world's major economies, including the G20, have a climate plan that would meet their obligations under the Paris Agreement.

"Those responsible for planning, designing, and constructing the global built environment are leading and transforming our sector so that it is a major part of the solution to the climate crisis," said Edward Mazria, founder and CEO of Architecture 2030. "It's long past time for governments to accelerate the pace of emissions reductions so that we don't exceed the 1.5 degrees Celsius target."