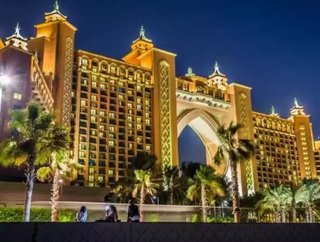 With recent news that Laing ORourke has successfully obtained the tender to upgrade one of Australias top iconic builds and tourist features, the Sydney...

With recent news that Laing O’Rourke has successfully obtained the tender to upgrade one of Australia’s top iconic builds and tourist features, the Sydney Opera House in a five-year project, we take a look at six iconic builds the company has been behind, showcasing unique designs and engineering expertise. Their hard work and commitment has resulted in the completion of unique structures which have brought communities together and provided increased benefits to the regions in which they are situated.

Constructed over a three-year period, the Atlantis hotel, situated on the man-made island is one of the most popular builds in the world, with over 23 stories, alongside a large water park.

Responsible for the construction and design of the hotel, the company utilised over 10,000 workers, allowing the build to be completed on budget and earlier than expected timescales.

A partnership with NORR has allowed this five-star hotel to be one of the most popular places to visit within the UAE.

The company had to deliver a high quality construction and finish within such an iconic build for all the world to see in time for the Olympic and Paralympic Games in London in 2012. Laing O’Rourke’s hard work enabled the win of the RoSPA Diamond Jubilee Award.

Responsible for the programme management of the 670-acre site, incorporating complex logistics, construction and operational expertise, Laing O’Rourke’s high-class leadership and collaborative approach allowed for a high quality finish, which will be iconic for years to come.

Set for completion in 2018, the Perth Stadium Station is set to strengthen Perth’s infrastructure, allowing an increased number of citizens to access and utilise the region’s rail services. The construction of six new platforms will cater for the increased demand.

Commencing in 2015, the project is now over 60 percent completed. The collaboration with AECOM will ensure the project will be delivered on time and meet key objectives.

The 26km project, incorporating two separate contracts, incorporates the construction of the north and south divisions of the tunnel. The works now officially link with the high speed rail to central China, creating stronger infrastructure and transport links.

Completed back in 2001, the Woronora Bridge has enabled the economic growth of nearby communities and strengthened Sydney’s infrastructure.

The 521-metre-long bridge is comprised of four lanes, reducing congestion and travel time in the region. The project was completed three months ahead of planned timescales, highlighting Laing O’Rourke’s dedication and commitment within the construction.

Building on existing university hospitals within Montréal, the hospital will become the focal point for teaching and research, incorporating a vital research centre. The hospital’s aim to provide first-class will see it enable to accommodate for over 30 medical disciplines.