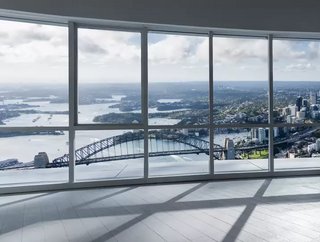 Normally it's late payments that are the bane of subcontractors' lives but the sudden shutdown of Sydney's construction sector has caused a flurry in early payment demands.

Supplier payments fintech, Earlytrade, released data that showed the 'alarming' activity across Greater Sydney as subcontractors and site managers were given until the end of Sunday to close sites across the city - prompting a 500 percent spike in demand for early payments.

Earlytrade chief executive and co-founder Guy Saxelby said the on-demand payment platform, accessible to 60,000 suppliers, had not experienced similar behaviour from a single sector before.

"We're seeing fear and panic among Sydney subbies. The construction shutdown is seen as a slap in the face given these business owners kept the economy ticking in 2020," he said. "Subcontractors made more than 2,200 requests for early payments over the weekend. That's about five-times over and above usual levels in just 48 hours.

"This level of demand is highly unusual and alarming as weekends are typically dead quiet on our platform and our 20-day moving average sits at around 240 requests per day."

Saxelby said construction subcontractors as a sector were already suffering from cash flow access and affordability issues with traditional lenders for no fault of their own.

"This shutdown could push subbies and their employees over the edge and the knock-on effects to projects, employment, and overall economic health will be devastating," he said.

The shutdown of construction in Greater Sydney to contain the spreading coronavirus outbreak will affect more than a quarter of a million workers and deliver a $1.4 billion blow to the NSW economy, according to the Sydney Morning Herald.

Given the ongoing number of infectious cases in the community, the New South Wales Government says the current lockdown will be extended for at least another two weeks until July 30.

The timing couldn't be worse, as COVID apart, the Australian Constructors Association says the industry is in crisis.

In a joint letter to the parliamentary inquiry examining procurement practices for government-funded infrastructure, the Federal Government is being urged to lead reform of how major projects are procured nationwide.

“The building and construction industry has the highest rates of insolvencies in Australia and productivity growth over the last 30 years trails that of other significant industries by 25 per cent,” he said.

“Women make up only 12 per cent of the industry’s workforce and our workers are six times more likely to die from suicide than a workplace incident. For these, and other reasons, the industry is struggling to attract and retain sufficient people to undertake the pipeline of work ahead of us. The government is essentially relying on a broken industry to rebuild the economy.”

Research conducted by the Department of Education, Skills and Employment has found a general shortage of sheet metal trades workers and a regional shortage of structural steel and welding trades workers. There were also shortages within the construction trades cluster. Reports from two consecutive years found a labour market shortage of qualified plumbers, preceded by three years of identified recruitment difficulties, according to AIO Contracting.