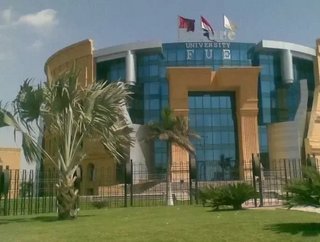 The CAPW (Construction Authority for Potable Water and Wastewater) of Egypt has awarded ACCIONA Agua - in a consortium with the International Consultant...

The CAPW (Construction Authority for Potable Water and Wastewater) of Egypt has awarded ACCIONA Agua - in a consortium with the International Consultants for Agency & Trade S.A.E (ICAT) Group - the contract for the Operation and Maintenance of the infrastructures that supply mains water to New Cairo.

Average annual revenues from the four-year contract amount to US $10 million, making the total associated revenues about US$40 million.

New Cairo is a new city built in 2000 as a satellite of Cairo around 30 kilometers east of Egypt's capital in what was previously complete desert. It is now home to international university campuses, and the city's estimated final population will be about three million.

The water infrastructures to be managed will capture water from the River Nile, transport it 40 kilometers, and then treat it in a Potable Water Plant with a daily capacity of 500,000 cubic meters (m3). The system consists of two 2.6-meter diameter pipes each that run for 42 kilometers, plus 3 pumping stations. The pipes can transport up to 1,000,000 m3 per day as far as the Potable Water Plant, and from there to the regulating reservoirs.

Other projects in Egypt are the wastewater treatment plant of Abnoub & el Fath (with a capacity of 80,000 m3 to cover the needs of around 750,000 people) and another at Kattaneya: 100,000 m3 for one million people.

ACCIONA Agua has also built 5 potable water stations - Almerya, Rod el Farag, Mostorod, North Helwan I and North Helwan II - with a total capacity of over 600,000 m3 for an estimated population of 6.1 million.

The latter was carried out in a consortium with the Moroccan construction company EMT. In 2011 the company put a water desalination plant at Fouka (Algeria) into service. It produces 120,000 m3 of water a day and guarantees supplies to 500,000 people in the area of Zeralda and western Algiers.