Birmingham Named as HS2 Construction Base 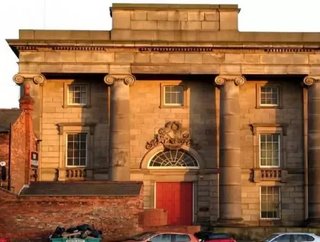 The city of Birmingham is to become the headquarters for construction of the first phase of High Speed 2 (HS2), it has been announced.During a visit the...

The city of Birmingham is to become the headquarters for construction of the first phase of High Speed 2 (HS2), it has been announced.

During a visit the city today, UK Transport Secretary Patrick McLoughlin said the new HS2 Ltd site would help spread the benefits of the flagship project nationwide, and create “many skilled job opportunities.”

Up to 1,500 staff will be housed at the new building when it opens in 2015. It is part of a wider regeneration scheme centred on the site of the future HS2 station at Curzon Street. The new base will be responsible for track building, stations and signalling.

The redevelopment will create some 14,000 jobs, 6.5 million sq ft of employment floorspace and 2,000 houses, contributing as much as £1.3bn a year to the local economy.

Birmingham city council leader Sir Albert Bore also welcomed the announcement, saying it was only natural Birmingham would be chosen, given the city’s long association with engineering.

Bore added: “HS2 is an important step in rebalancing the country’s economy, supporting growth in the regions and encouraging more inward investment into the city.

“It is essential that we have the power to make local decisions, and the Regeneration Company will allow us to realise the full potential and benefit of HS2 for this area.”

McLoughlin said: ‘It is great news that Birmingham City Council has created a company specifically to focus on the regeneration opportunities created by HS2.

‘It will bring new investment and work into the city, helping secure the future prosperity of the region and the country.”

HS2 chairman, David Higgins added: “‘The lasting impact of HS2 will, in the end, be determined by how successfully local authorities and regions use it as a catalyst to transform and develop not just their economies, but also the look and feel of the areas it touches.

“I acknowledge and applaud the work that has gone on to get this far and wish it every success in the future.”

McLoughlin is also set to announce the green-lighting of a £130m scheme to take the Midland Metro to Adderley Street, in Eastside.