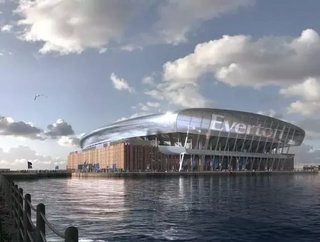 Everton Football Club will submit a planning application for its new 52,000 capacity stadium at Bramley-Moore Dock, next week.

Stadium development director Colin Chong confirmed the application will be formally lodged with Liverpool City Council on December 23rd. The stadium plans will be followed by a separate planning application for the redevelopment of Goodison Park, the Premier League club’s current home.

The new stadium concept, from world-renowned architect Dan Weis, features a brick, steel and glass design inspired by the historic maritime and warehouse buildings nearby. The stadium would be made up of four distinctive stands including a large steep home stand to the south that will house 13,000 Evertonians on matchdays.

Chong commented: “Working alongside our design consultants, we have analysed the feedback to enhance the concepts we’ve already shared for the look, feel and layout of a stadium at Bramley-Moore Dock, including our plans to not only preserve but to also celebrate the site’s heritage.

“It is a case of evolution rather than any major changes to the design presented during the second stage consultation. The results of that consultation made it clear Dan Meis’ design was incredibly well received. The elements that the feedback told us people really loved about the design – the use of brick, the steepness of the stands, the respect to the area’s heritage and nod to Archibald Leitch’s architecture in the brickwork as well as the blending of new and old - will all be present within our final proposals.”

Results of the largest commercial public consultation in Liverpool’s history showed 98% supported the vision for the new stadium which will form part of Peel L&P’s £5.5bn Liverpool Waters development.

Everton’s Chief Executive Officer, Prof. Denise Barrett-Baxendale previously commented: “It is, first and foremost, a stadium for football, for our passionate fans and for our players. A stadium that gives Everton Football Club a platform for growth both commercially and socially. But it is also a stadium for the entire city and a development which will deliver transformative benefits in terms of regeneration and inclusive growth for the whole Liverpool City Region and for North Liverpool in particular.”