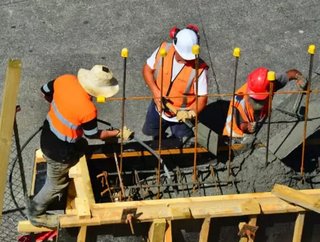 The construction works to expand Sydney Metro station are underway. Amidst the extensive project is Foster + Partners, who have recently won the bid to...

The construction works to expand Sydney Metro station are underway. Amidst the extensive project is Foster + Partners, who have recently won the bid to design seven new stations, which will be built within the expansion plans.

Spanning from Sydney Harbour to the city’s CBD, the stations will be built to encompass facilities suitable for all and contain a number of modern facilities, becoming part of the largest transportation projects in the world, with over 30 stations and 66 kilometres of new track embedded within the plans.

The work is due to be all finalised by 2024. New stations will be Crows Nest, Victoria Cross, Barangaroo, Martin Place, Pitt Street and Waterloo Station.  Foster + Partners will work in collaboration with McKenzie Group, Arcadis, Mott McDonald, WT Partnership, Robert Bird Group and Architedus in a partnership named Metron, to ensure the project completes to high standard, on time and within budget., which is approximately $12.5 billion. The seventh station will be built at the location of Central Station.

Set to be built in two phases, phase one will be completed in 2019, where boring tunnels will be utilised within the foundations of the building work. However, this will also incorporate the demolition of several buildings along the proposed construction site, one of which is a 22-storey commercial tower, previously designed by architect-engineer Alan Williams and Associates.

Once complete, a train will be available for commuters every two minutes, reducing congestion within transportation networks and catering for population growth within Sydney, but also be home to parking facilities, so will be ideal for all who are travelling throughout the country.