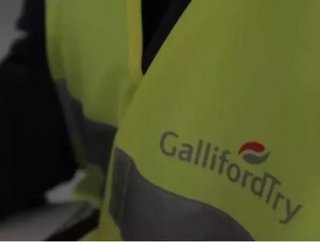 UK contractor Galliford Try has announced that its Building business has been appointed to four new contracts worth &pound;82 million in total.Its Scott...

UK contractor Galliford Try has announced that its Building business has been appointed to four new contracts worth £82 million in total.

First, a three-phase project, to be completed in August 2016, involves the construction of a replacement secondary school for Clyde Valley High and a replacement primary school for both Overtown and Castlehill existing primaries, a new nursery and new sports pitches. The new Clyde Valley campus will cater for circa 1,018 pupils across the full age range from three to 18.

Second, the Brewery Square Development Company Ltd, a Waterhouse/Resolution Property joint venture, appointed Galliford Try to complete the next phase of the Brewery Square regeneration project in Dorchester. The £27 million contract will see the construction of a further 15 retail units and 134 apartments and penthouses at the 11.5 acre site in the heart of the town.

Third, the Building business has been appointed to a £16 million contract by Brookgate Developments to construct a new 230-bedroom Ibis hotel in Cambridge on a Network Rail-owned site adjacent to the train station. In addition to the hotel accommodation, the new six-storey building includes retail units and a 3,000 space cycle park and is due to be completed early in 2016.

Finally, Building has been appointed by Vesta PC Ltd to construct a new £13.5 million commercial office space in the heart of London at 48-49 Pall Mall. The project includes retaining and protecting the existing façade of No. 49 while creating 4,129 sqm of Category A office space.

Galliford Try Chief Executive Greg Fitzgerald said: “We are delighted to have secured these major contracts that demonstrate the strength of our Building business throughout the United Kingdom and across a significant variety of sectors. We look forward to delivering on these projects and continuing on our strategy to grow our construction business as the economy improves.”