Greenest Skyscraper or Toxic Tower? Thoughts on the Bank of America Building and the 'LEED Racket' 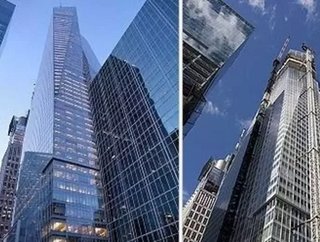 The billion dollar, 1,000 ft Bank of America Tower in Manhattan has been conversely hailed as both the greenest skyscraper in the world and an energy-gu...

The billion dollar, 1,000 ft Bank of America Tower in Manhattan has been conversely hailed as both the greenest skyscraper in the world and an energy-guzzling toxic tower that exposes the charade of the LEED rating system.

Its advocates point to the innovative and well-documented green technologies that earned the tower from architects Cook + Fox the highest LEED Platinum rating, the first time a skyscraper has done so.

Local and recycled materials were used in construction. Floor-to-floor insulated glazing maximises natural light and traps heat, and lights are automatically dimmed in daylight. A greywater system captures rainwater for reuse, while carbon dioxide sensors detect excess levels of the gas in the building, and react accordingly to increase fresh air ventilation.

Exhausted air from the building is filtered; waterless urinals save an estimated 8,000,000 US gallons of water per year, and a 5.1 megawatt cogeneration plant contributes some 80 percent of the base-load energy requirements.

It all sounded great. So great that one of the foremost proponents of the green movement in former Vice President Al Gore, Chairman and Founder of the Alliance for Climate Protection and organiser of 2007’s Live Earth concert, chose the tower as the office of his company, Generation Investment Management.

But then figures started to emerge that sparked off an interesting and worthy debate on the Tower and the very validity of LEED itself. An article by Sam Roudman in New Republic Magazine kicked things off, but how valid or relevant were his criticisms?

Roudman pointed out that buildings contribute more to global warming than any other sector of the economy, consuming more energy and producing more greenhouse gas emissions in America than every car, bus, jet, and train combined; and furthermore, than every factory combined.

This is true. But another truth that he himself points out is that being inside buildings not surprisingly makes up the vast majority of our existence.

He compares the energy use and greenhouse gas production of the Bank Of America Tower to other offices in the city, such as the Empire State Building, a construction 80 years its senior that apparently uses half the energy following a retrofit.

But how many people work in each? What technologies do they use, how do the occupants behave, and are the two buildings even comparable on any aspect except office space?

In a way this specific case gets to the heart of the difficulties of the entire green movement. We all know how and why climate change is occurring, but to reverse it now, we would have to make changes that alter our very way of life and everything we know.

The overwhelming majority of us live and work inside buildings; skyscrapers and giant office complexes are where so many of us make our livelihoods. It is not a choice, but an unfortunate necessity.

This is where our employers have made their base, and many did so in more innocent times, when climate change and man’s regretful hand in it were not understood. This was not very long ago, and our knowledge has come on a long way in a short space of time.

Now we know so much more, does it really make sense to deride and sneer at The Bank of America Tower’s efforts? Of course we can shrug and say ‘they don’t go far enough’ or that the LEED badge is simply a PR stunt on the part of the building’s owners, concealing the fact that under the surface, the green technologies and innovation inside do little to negate the huge energy consumption and carbon emissions of this behemoth.

We can call LEED a failed artifice and even suggest abandoning it as a pointless charade, but unless we want to live in caves and go back to using candles for light, we must accept the fact that the 155,000,000 people that make up America’s workforce power the country and indeed the world’s economy, and they need somewhere to work.

They need the lights, the computers, the projectors, the heating systems, the air conditioning, the microwaves, the water coolers, the hand dryers, the lifts, the phones, the tablets; all the things that are part of modern office life.

We are in a transitional phase. We have accepted climate change as a fact, and now we continue to study and draw conclusions and apply our sciences towards finding a solution and alternative energies. But we are only at the start of a long journey.

The measures used in the Bank of America Tower may not be perfect, but they are all that we have at the moment.

We can dream of a day when technology and science take us beyond the power-hungry offices and polluting energies of today, but for now we should applaud the efforts of those who work to showcase the current state of the art in sustainability and pave the way for a cleaner tomorrow. We should applaud LEED and the Bank of America Tower.