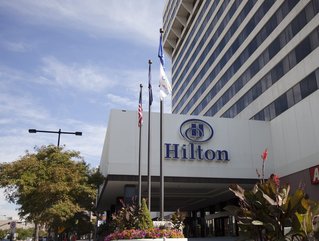 Hilton Worldwide says that it is the fastest growing hospitality company as it leads the way in global hotel construction.  Presiden...

Hilton Worldwide says that it is the fastest growing hospitality company as it leads the way in global hotel construction.

President and Chief Executive Christopher Nassetta said that the hotel chain has the largest number of rooms under construction in the industry, with more than 174,000 rooms undergoing work.

The figures were revealed as Hilton announced its full-year results for 2017.

Hilton also reported strong fourth-quarter profits that beat Wall Street estimates, as demands for rooms picked up in China thanks to a surge in travelling

Revenue per available room (RevPAR) from the region, a key performance indicator for the hotel industry, rose 7.6% as the company benefited from its growing footprint in China.

“We feel great about our set up for 2018 and our ability to continue delivering record-setting results,” said Christopher Nasetta, president and chief executive of Hilton.