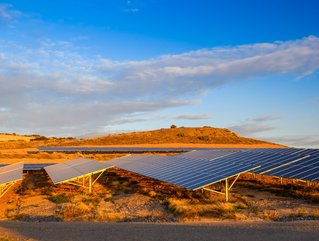 Ratch Australia, the Australian electricity generation company that is a subsidiary of Thailand power producer Ratch Group, has secured planning permission for the construction of a 70MW solar park in Victoria’s Latrobe Valley, in Australia.

Scheduled to become operational by 2024, the Morwell Solar Farm will be equipped with approximately 230,000 photovoltaic (PV) modules and installed across two sites totalling 170ha (420 acres).

The project, which was awarded a permit last week by the state Department of Environment, Land, Water and Planning, will create 150 jobs during peak construction, but it needs to secure a connection agreement and is subject to planning approval. Ratch Australia plans to add a 5MW/30MWh battery storage component during the second stage of the project.

Construction is expected to start around August and September, with the company intending to seek expressions of interest in order to find an EPC contractor.

Ratch Australia has built up a portfolio of 1.2GW of renewable energy projects and gas-fired power stations since it arrived in Australia in 2011. The Morwell solar farm is its second solar asset in the country, adding to the operational 42.5MW Collinsville Solar Farm in Queensland. Until now, the company’s main focus has been on wind energy with six wind farms included in its energy portfolio (click here).

Generation by renewables increased by 15% in 2019-20 on the previous year, representing 23% of all energy generated in Australia. Solar production experienced a 42% rise and wind increased by 15%.

In December, Rio Tinto QIT Madagascar Minerals (QMM) and its partner Crossboundary Energy (CBE) laid the foundation stone for the solar and wind power plant project that will supply the QMM ilmenite mine operations in Fort Dauphin, in southern Madagascar.  The renewable energy project plays a key role in implementing QMM's 'sustainable mine' concept and enabling Rio Tinto operations in Madagascar to reach carbon neutrality by 2023 (click here).

The renewable energy plant will be built and operated by CBE, a recognized independent power producer, with whom QMM has signed a 20-year power purchase agreement. The first unit, an 8 MW solar energy facility, will be operational in 2022. The 12MW wind power facility will be completed in 2023.

The project also includes an 8.25MW lithium-ion battery energy storage system. Around 18,000 solar panels and four wind turbines will enable QMM to meet all of its electricity needs during peak periods and up to 60% of its annual electricity consumption, as well as to reduce its annual carbon dioxide emissions by about 26,000 tonnes.