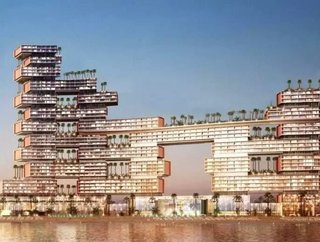 Follow @SamJermy and @SupplyChainD on Twitter.Dubais penchant for luxurious and expensive buildings is starting to make a strong return to previous form...

Dubai’s penchant for luxurious and expensive buildings is starting to make a strong return to previous form after the global recession of previous years.

The Investment Corporation of Dubai (ICD), which has a portfolio comprised of wholly and partly owned government businesses, has several new schemes in place that are due to be completed by 2018.

They include the $1.5 billion (£920m) Royal Atlantis Resort on the Palm and the AED8bn (£1.3bn) Dubai Waterfront mixed-use project.

The One Za’abeel project will be located between the Dubai World Trade Centre and Za’abeel Park and will consist of two towers; a residential and a commercial one, linked by a suspended bridge. One Za’abeel will have an approximate cost tag of AED2.5bn (£420 million) and will include 550 residential units, two hotels and 130 hotel apartments.

The Warsan project will have an estimated area of one million square metres and includes 2,100 residential units and a school that can accommodate 3,000 students. The first phase of the project is expected to be completed within three years with an approximate cost of AED2.5bn.

Sheikh Mohammed bin Rashid Al Maktoum, Chairman of ICD, said: "ICD is a vital and key initiative of the Government of Dubai to streamline and coordinate its various assets. As Dubai continues its untiring mission for excellence, ICD has an important role to play as the principal investment arm for the Government of Dubai.

“The portfolio companies that currently reside under ICD are symbols of Dubai's successes in achieving excellence in the sectors in which we have chosen to participate. These companies will be the engine of Dubai's future growth under the stewardship of ICD's board of directors.

“We have a desire to build on the confidence placed in Dubai by the international investment community and we accord great importance to transparency and ethics. ICD will be at the forefront of these initiatives and will lead by example in its dealings with all its stakeholders."

ICD's mandate is to generate a superior return on investment, in a way that will benefit the regional financial community. It has achieved this through strategic investments in companies that have achieved global excellence and have defined the industrial, retail and financial landscape of Dubai.