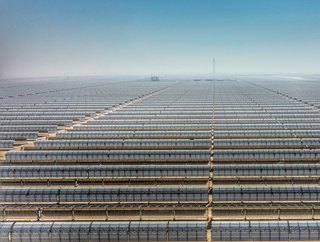 The trio are located at what is billed as the world’s largest solar complex, the Mohammed bin Rashid Al Maktoum Solar Park (MBR), in the Saih al Dahal area, around 50kms south of the UAE city, and are part of Phase IV of the large-scale project.

Abengoa said that the last of the 6,360 parabolic trough collectors that make up these three plants has been installed. The project has involved the assembly of more than 160,000 tons of structures, with up to 86 collectors installed per week – breaking a production record, it added.

The company has specifically been responsible for providing the technology, design, engineering and construction of the three parabolic trough plants mentioned, for Shanghai Electric Group Co.

The project has helped Abengoa consolidate itself as a world leader in the construction of solar thermal plants, having installed capacity equivalent to 1.9GW, which represents 30% of the world’s production. It has also helped the Spanish firm strengthen its position in the Middle East, where it has an extensive portfolio that includes recently awarded projects such as the Jubail 3A reverse osmosis desalination plant in Saudi Arabia, and the Tawelaah desalination plant in the UAE, which has a capacity of 909,000 cubic metres per day – making it the largest of its kind in the world.

The company, in consortium with the engineering and construction company SEPCOIII, recently announced that the plant has successfully started producing drinking water, three months ahead of schedule. Its scope of work included design, engineering, supply of the main equipment, supervision of assembly, commissioning, start-up of the reverse osmosis and post-treatment systems and advice on the pre-treatment processes carried out by third parties.

Tawelaah will guarantee supply to the city of Abu Dhabi for an entire year and will be the first large-scale desalination plant in the emirate to combine the production of drinking water with the generation of clean energy, thanks to the installation of a photovoltaic solar field with a capacity of more than 40 MWp

The company is also currently involved in the construction of the world’s largest solar-gas hybrid project, Waad Al-Shamal, which is also in Saudi Arabia.

In December 2021, Abengoa also announced that it had completed construction of the Barcience photovoltaic plant in Toledo, Spain, which is a 50MW project that will generate clean energy that will be fed into the grid, avoiding emissions into the atmosphere of more than 15,000 tons of CO2 per year.