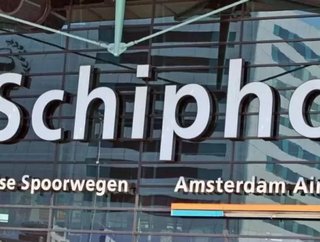 A major expansion of the main international airport in the Netherlands has been awarded to Turner &amp; Townsend and construction finance specialists IG...

A major expansion of the main international airport in the Netherlands has been awarded to Turner & Townsend and construction finance specialists IGG.

In a joint venture, the contract will cover the controlling of all costs of construction work for a new terminal and pier, and associated projects, both land and airside at Amsterdam Airport Schiphol.

Scheduled for completion in 2023, the new terminal will be constructed to the south of Schiphol Plaza and will be connected to the existing terminal. An estimated 14 million passengers per year will pass through the terminal and pier.

The new pier will be located near Cargo Station 1 and is expected to be ready for use in late 2019. The pier will house multiple wide and narrow-body aircraft.

This project is one of over 140 major airport development programmes for Turner & Townsend worldwide. IGG is an independent consultant specialising in cost engineering and cost control for construction and civil engineering.

Astrid Boumans-Bakker, Associate Director for Turner & Townsend, said: “We’re delighted to be working alongside IGG on such an important airport expansion programme that meets the long-term capacity growth for Schiphol.

“We have vast experience in delivering cost management in the aviation sector and our expertise will help identify any risks and keep each individual project within budget.”

Gerard Geurtjens, A Area Project Director for Schiphol, added: “IGG / Turner & Townsend was the strongest bidder and we’re reassured by the consultancy’s reputation working on some of world’s largest aviation projects.”

“Amsterdam Airport Schiphol needs additional space in order to accommodate and facilitate the growth in both the number of passengers and air transport movements.”

“With the development of a new pier and terminal, Schiphol is investing in the capacity and quality of Mainport Schiphol, as well as strengthening the airport's international competitive position.”

“At the same time, Schiphol is working hard to improve accessibility to the airport through investments in the public transport hub, Schiphol Plaza and the Jan Dellaertplein.”