Sydney Metro stages 2 and 3: Turner & Townsend, HKA and Crossrail International on board 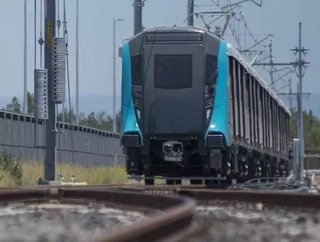 Construction consulting giant Turner &amp; Townsend has been brought in to help oversee management of the second and third stages of Sydney’s massive...

Construction consulting giant Turner & Townsend has been brought in to help oversee management of the second and third stages of Sydney’s massive metro construction project.

City & Southwest and Metro West are the second and third stages of the Metro programme, a project that will bring a $5bn annual boost to Sydney’s economy thanks to its capacity to transport 40,000 people in each direction every hour.

Darren Munton, Director for Turner & Townsend commented: “This win clearly reflects the strength of the relationship we have built with Transport for NSW over many years, and the confidence they have in our ability to deliver high quality outcomes utilising global best practice methods.

“We set out a clear strategy to grow our reputation and influence in Australia. To win one of the largest single infrastructure commissions in the country, reinforces that we are heading in the right direction.”

Employment across metropolitan Sydney is expected to increase from 2.1mn workers today to almost 4mn by 2036. About 60% of these people will work in the Global Economic Corridor, an area set to be well-served by the new rail route.

When fully mobilised, the team from Turner & Townsend and HKA will comprise of 60 programme and project control professionals working across multiple contract packages.

Turner & Townsend has been involved with some of the world’s largest recent transport infrastructure projects, including London’s Crossrail and Abu Dhabi Airport, and is also working on the future airport to be built in western Sydney.