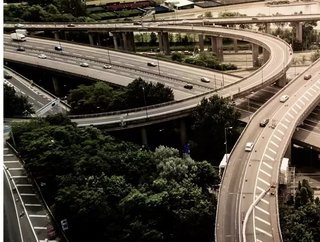 On Tuesday morning, Johnson made a speech confirming the British government’s commitment to focus on the construction industry in order to help revive the nation’s economy in wake of the coronavirus pandemic which saw many construction sites grind to a halt earlier this year.

Earlier in the year, Johnson pledged to fund numerous new hospital buildings across the country, in addition to providing large-scale funding in important road and rail infrastructure.

Following on from this, Downing Street announced that the government is committed to an immediate £5bn package of capital investment in numerous infrastructure projects. These include a £1.2bn spend on the improvement of schools.

A taskforce called ‘Project Speed’ will be introduced which Johnson says will be set up to “scythe through red tape” which will get construction projects delivered faster.

It has also been hinted that procurement rules may be changed in order to speed up appointments.

He said: “With every flood-defending culvert that we dig, with every railway station, hospital or school that we build, we will, of course, be tackling the next wave of this crisis by helping to create thousands of high-paid, high-skilled jobs.

“Because we know in our hearts that the furloughing cannot go on forever, and as the economy recovers we also know that the jobs that many people had in January are also not coming back or at least not in that form; we know that is the biggest and most immediate economic challenge that we face.”

Full details on a National Infrastructure Strategy will be released this autumn.

Leading construction company, Balfour Beatty, welcomed the news with Chief Executive Leo Quinn stating: “The prime minister’s commitment to accelerate the UK’s long-term infrastructure pipeline is a critical factor for the country’s recovery. As well as stimulating regional and national economies, it will generate vast employment opportunities across the country and help provide our younger generations with employable skills. Without this, following the fallout from COVID-19, we could see widespread structural unemployment issues”.

Despite the positivity that has been echoed across the industry, the UK Green Building Council Chief Executive Julie Hirigoyen highlighted the need for green investment to meet net-zero emissions targets by 2050. She said: “The plans announced by the PM today make no reference to energy efficiency – perhaps the most urgent of all infrastructure priorities – that can create jobs right around the country, improve health and reduce costs to NHS, and increase consumer spending power by lowering energy bills.”