Can 3D printing technology build a functional steel bridge? This startup is ready to find out 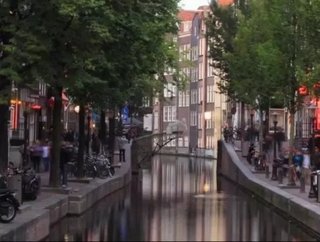 3D printing is a technology that is pushing the boundaries in a number of fields now. Architects and engineers are already starting to delve into possib...

3D printing is a technology that is pushing the boundaries in a number of fields now. Architects and engineers are already starting to delve into possibilities of 3D printing as a valuable tool in the realm of construction, experimenting with everything from 3D printed walls to decorative embellishments. But just how strong and functional can 3D printing be in the construction world? Amsterdam-based 3D printing research and development startup MX3D are attempting to find out, announcing an ambitious project attempting build a fully 3D printed steel bridge across an Amsterdam canal.

MX3D has partnered with California-based software giant and AutoCAD creator Autodesk, along with several other supporters including construction firm Heijmans, on this project. According to reports, MX3D is using Autodesk software to design the metal bridge that will then be built over an Amsterdam bridge using innovative MX3D robotics to draw and weld each component of the bridge onsite from molten steel in mid-air.

“What distinguishes our technology from traditional 3D printing methods is that we work according to the ‘Printing Outside the box’ principle,” said Tim Geurtjens, CTO at MX3D, explaining the project. “By printing with 6-axis industrial robots, we are no longer limited to a square box in which everything happens. Printing a functional, life-size bridge is of course the ideal way to showcase the endless possibilities of this technique.”

A company like MX3D takes on considerable risk in attempting a project of this capacity. It is an ambitious project, and there is always the possibility that it will not work—that measurements may be off, or that the steel drawn by MX3D’s robotics will not be able to support its own weight as the project is built. But there is just as much possibility of great reward if the project is successful. A fully functional, well-engineered and stable large-scale production like a bridge could help uplift 3D printing out of its novelty status and further in the construction world as a useful and versatile tool.

“I strongly believe in the future of digital production and local production, in ‘the new craft,’” added designer Joris Laarman in MX3D’s page dedicated to the project. “This bridge will show how 3D printing finally enters the world of large-scale, functional objects and sustainable materials while allowing unprecedented freedom of form. The symbolism of the bridge is a beautiful metaphor to connect the technology of the future with the old city, in a way that brings out the best of both worlds.”

The bridge project is expected to commence shortly, with completion projected for 2017. Check out a video of the idea behind the project here: